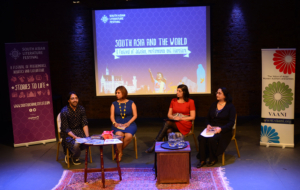 NBC interviews Sweta about her tipping point and calls the segment  “Some problems don’t need to be fixed.” 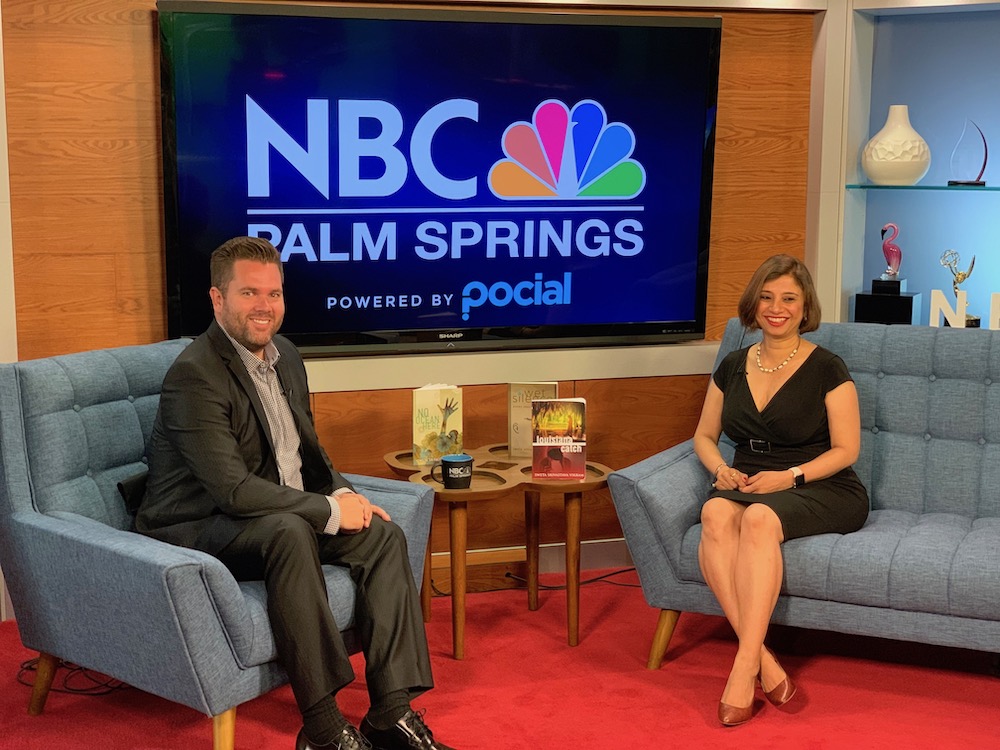 Book coach Sophy Dale talks to award-winning writer and entrepreneur Sweta Vikram, about how she has integrated the principles of Ayurveda into self-care for herself and her clients in this podcast.

Sweta’s poem Ode to Mumma will be on display at Irving Museum & Archives/Irving Arts Center, Dallas.

SEEMA Magazine, a leading South Asian Mag does a profile on Sweta. 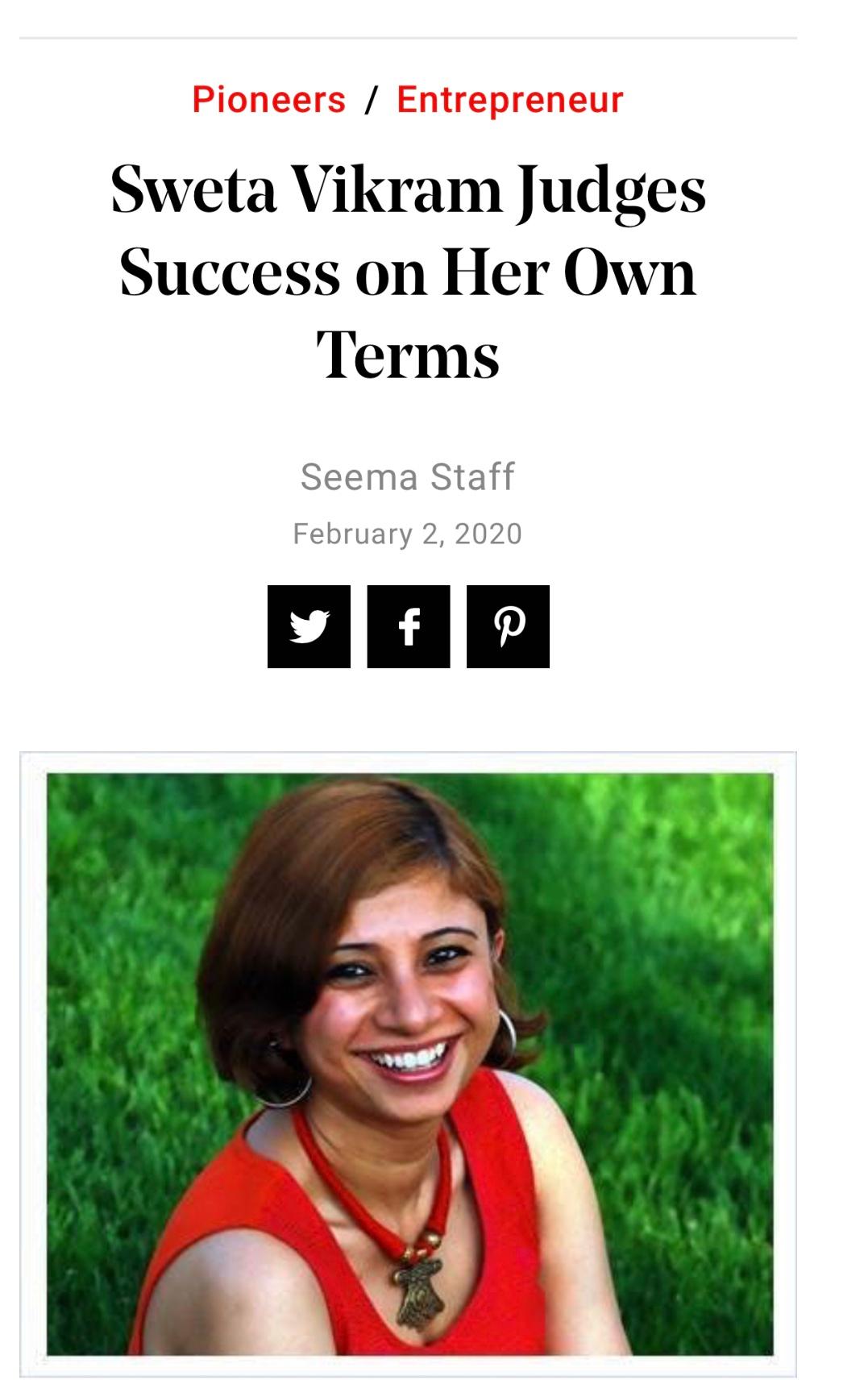 Sweta and Louisiana Catch are in Hollywood Weekly. 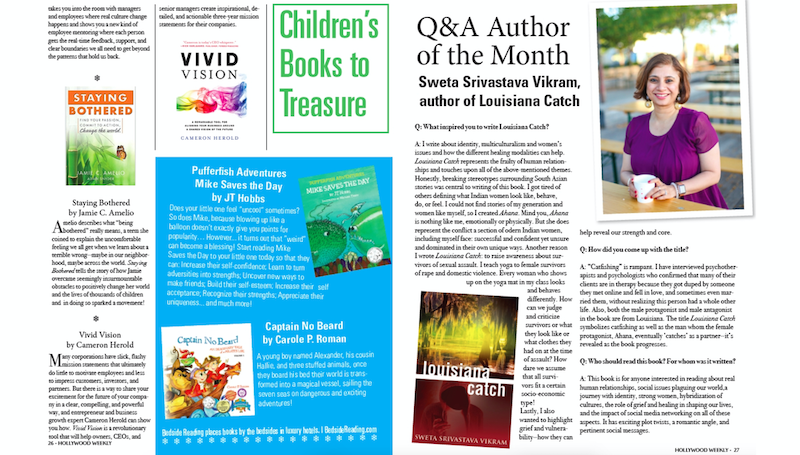 Louisiana Catch is nominated for the prestigious Pushcart Prize.

Sweta is appointmented as the Gala Ambassador for Exhale to Inhale’s inaugural gala. This org brings free yoga to survivors of trauma and abuse. 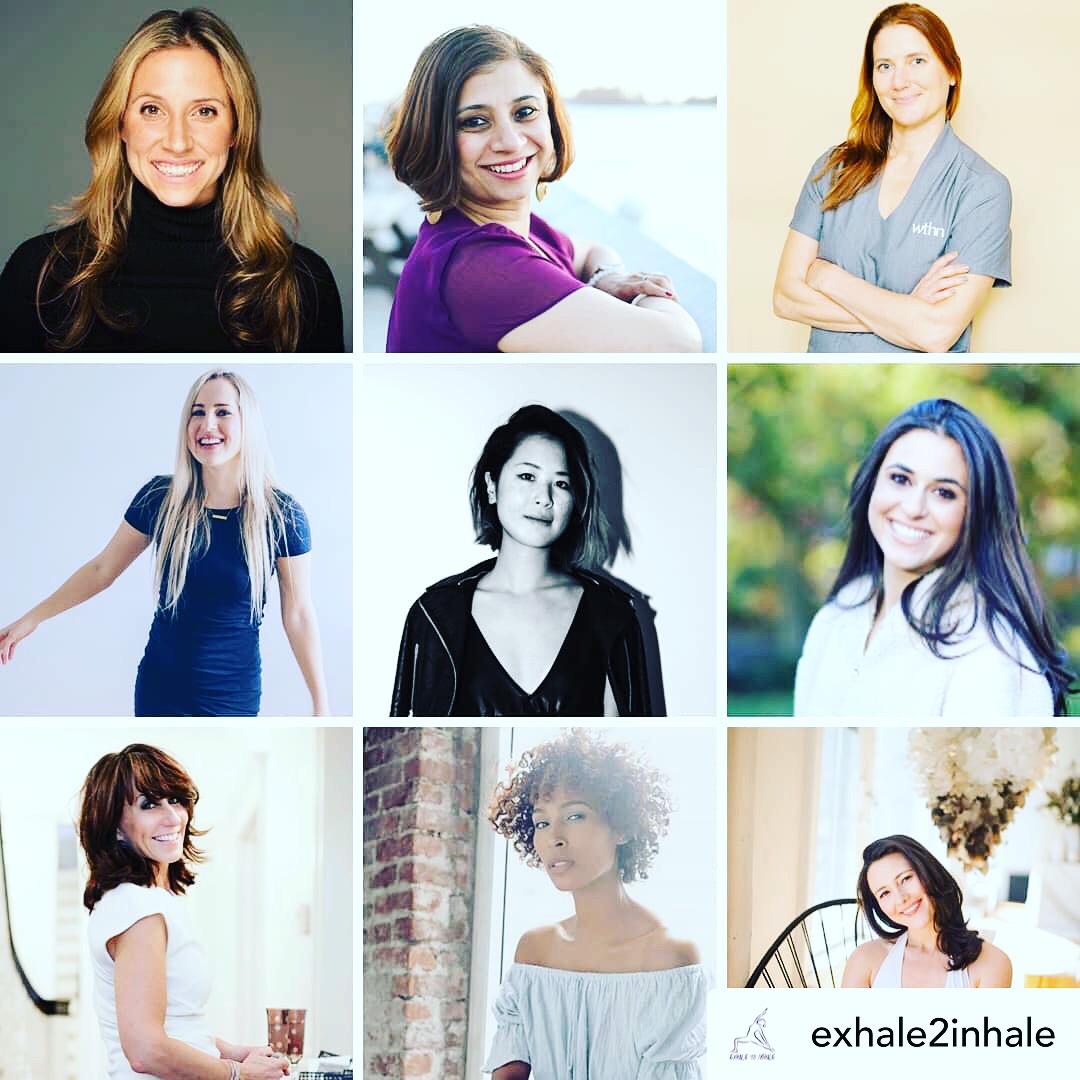 Sweta is in the September Author Spotlight for Mel Media LLC where she talks about relationships built through social media.

Sweta’s books are part of Exhale to Inhale’s silent auction, at their inaugural gala, to raise money for survivors of rape and domestic violence.

Bedside Reading talks to Sweta about her novel “Louisiana Catch” and its making.

A European online magazine interviews Sweta about her writing, resilience, her novel Louisiana Catch, and the writing process.

“After accepting the Voices of the Year Award and traveling to Europe, her American book tour was interrupted unexpectedly due to Sweta’s serious illness.” Czech journalist, Pavla Lokajova, interviews Sweta.

Books R&B interviews Sweta about writing and her wellness coaching:

Sweta is voted Changemaker of the Week.

Shelley Workinger talks to Sweta about the foods her characters like to eat in Louisiana Catch.

Sweta does a radio interview with Cyrus Webb
(Host of #ConversationsLIVE) about Louisiana Catch, writing, facing fears, and what’s next.

Sweta is named one of the top 25 women changing the world through her books by Conversations Mag!

W2O Podcast: In this episode, Sweta discusses the role of wellness in creativity, predicts the future of the wellness space, unpacks the importance of access to information, and shares her love of Ol’ Blue Eyes. Hear the podcast.

Louisiana Catch makes it to the list of Top 50 Fiction Books of 2018.

Sweta does a radio interview with Cyrus Webb (Host of #ConversationsLIVE) about Louisiana Catch and how she tackles difficult social issues via her writing.

Award-winning writer Archita Mittra interviews Sweta about her creative process, multiculturalism, writing projects and all the little ways one can make a difference to the world.

WriterOfTheWeek does a video interview of Sweta about Louisiana Catch, catfishing, dating and much more!

The Asian Writer does a feature on Sweta.

Sweta does a podcast interview with Book Fetish Podcast about Louisiana Catch and the inspiration behind the book.

“I got tired of others defining what Indian women look like, behave, do, or feel. I couldn’t find stories of my generation & women like myself, so I created AHANA.” Sweta’s interview in Eyra Magazine.

Sweta does an author happy hour interview with Women’s Fiction Writers Association and talks about her interest to know what wine Ernest Hemingway drank during his times… amongst other literary things (watch the video below).

Author Soulla Christodoulou interviews Sweta about her favorite writing quotes and how that inspires her writing.

Sweta does a tête-à-tête with Aabha Vatsa about writing and inspiration (watch the video below).

Jill Elizabeth interviews Sweta about the backstory for Louisiana Catch and additional information about the book.

Sweta does a tête-à-tête with Deborah Kalb. 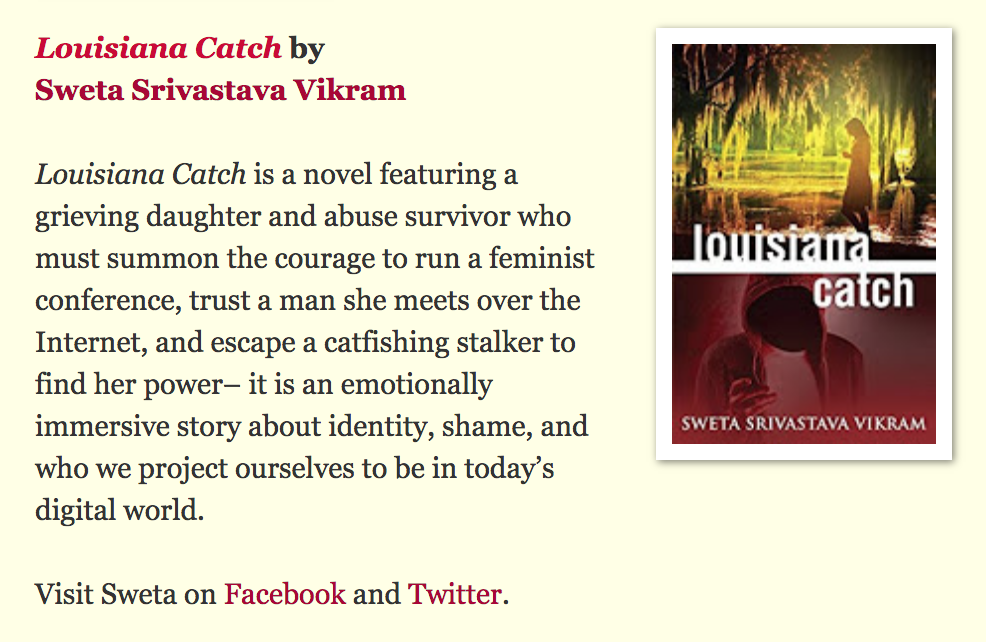 Michelle Dunton interviews Sweta about her characters in Louisiana Catch and writing about grief (watch the video below).

Sweta’s upcoming novel, Louisiana Catch, is the #1 new release on Amazon under a sub-category in women’s fiction! 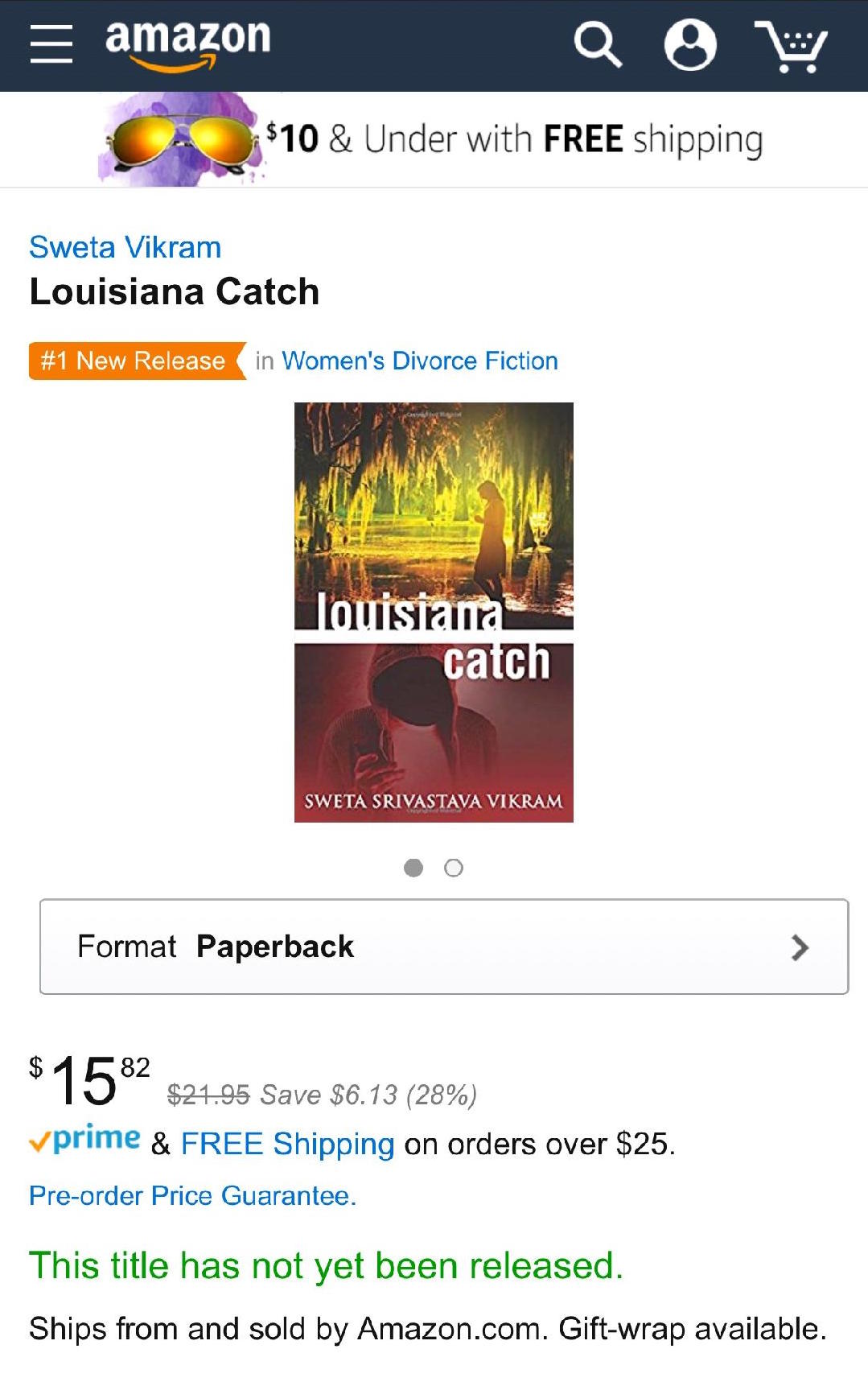 Sweta is invited to the Twitter Headquarters to participate in a closed roundtable discussion: Social Media for Social Change: Innovative Solutions hosted by Centre for Social Research together with Twitter. 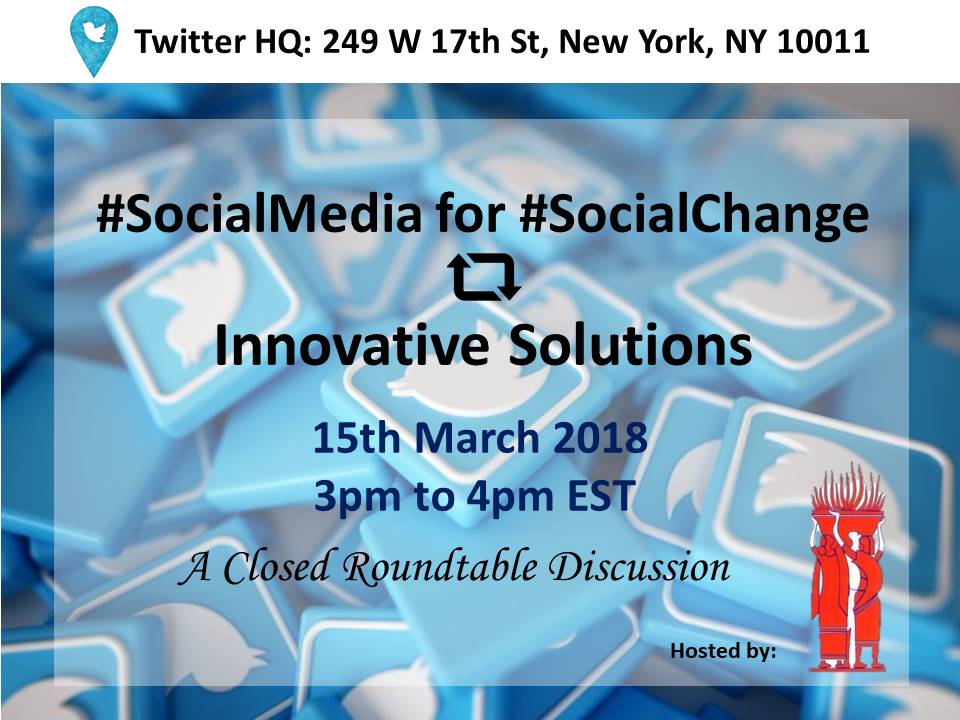 Sweta’s upcoming novel, Louisiana Catch, is on the list of Books to Read in 2018. 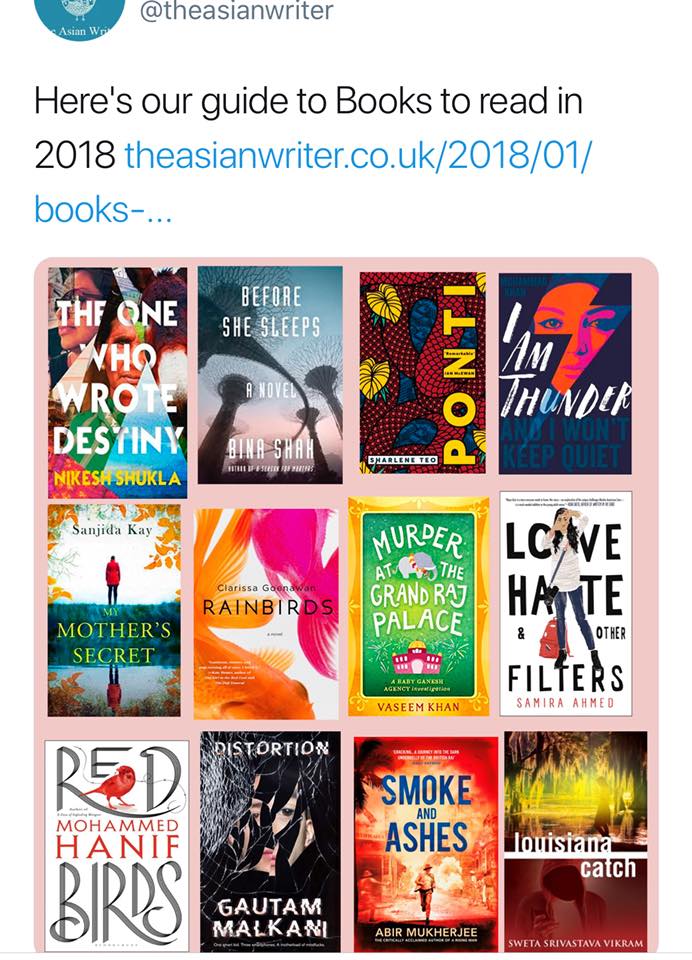 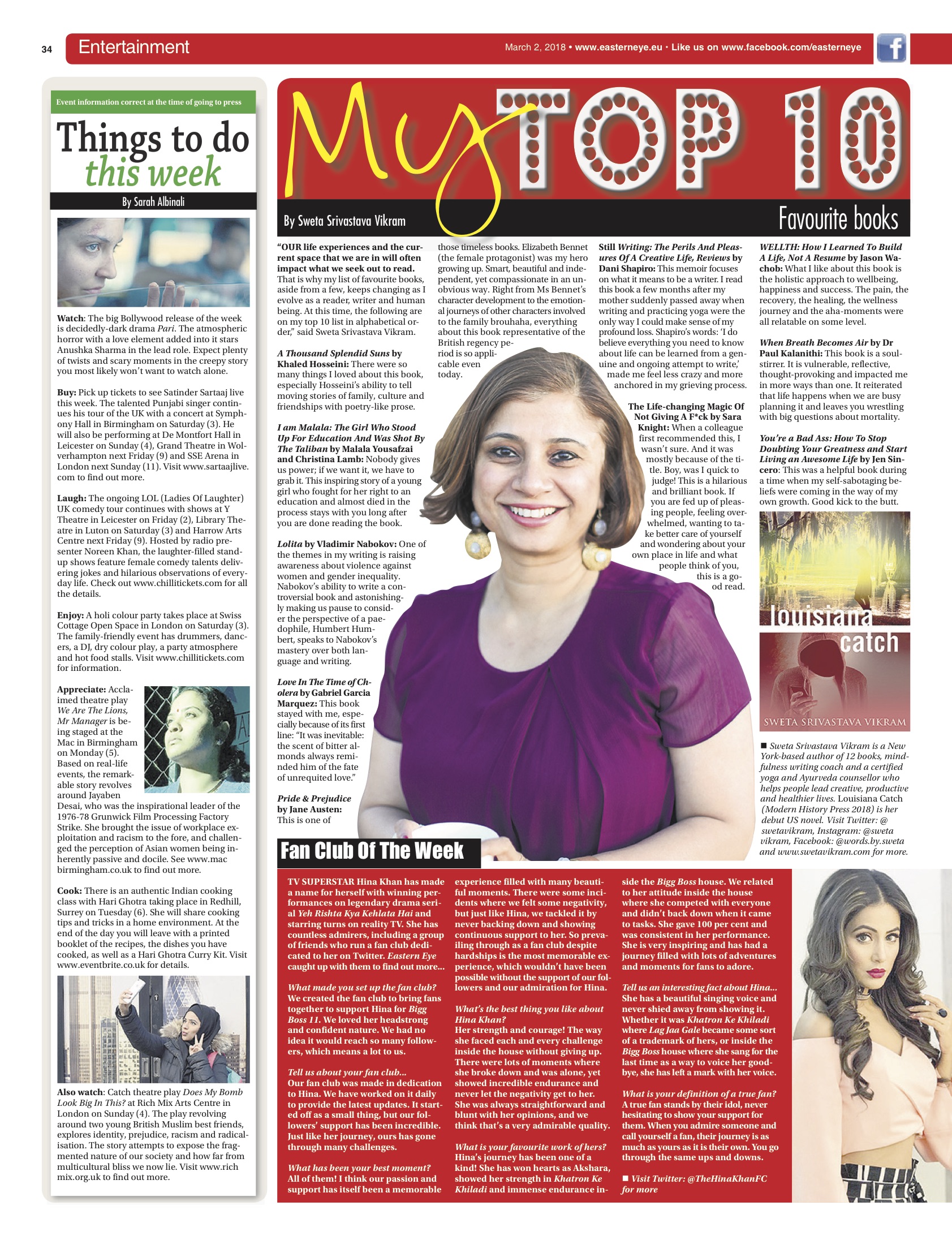 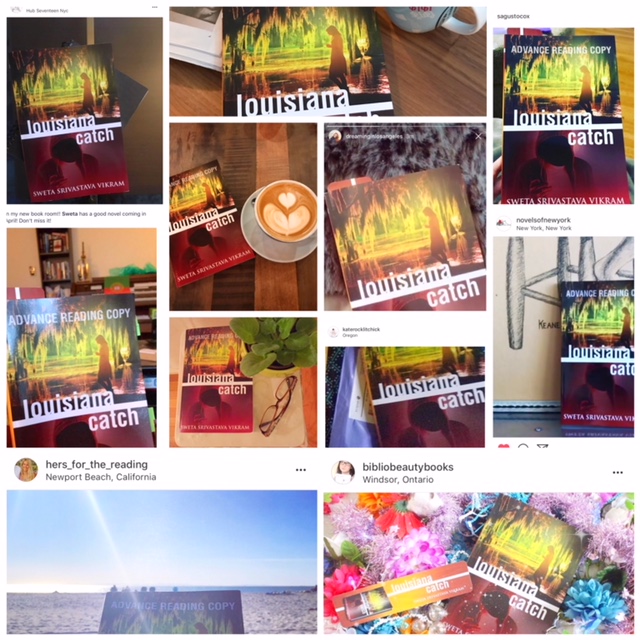 The Panchgani Writers’ Retreat, where Sweta teaches creative writing, yoga, and Ayurveda, gets mentioned in the Business World along with other amazing writing retreats from the world over. 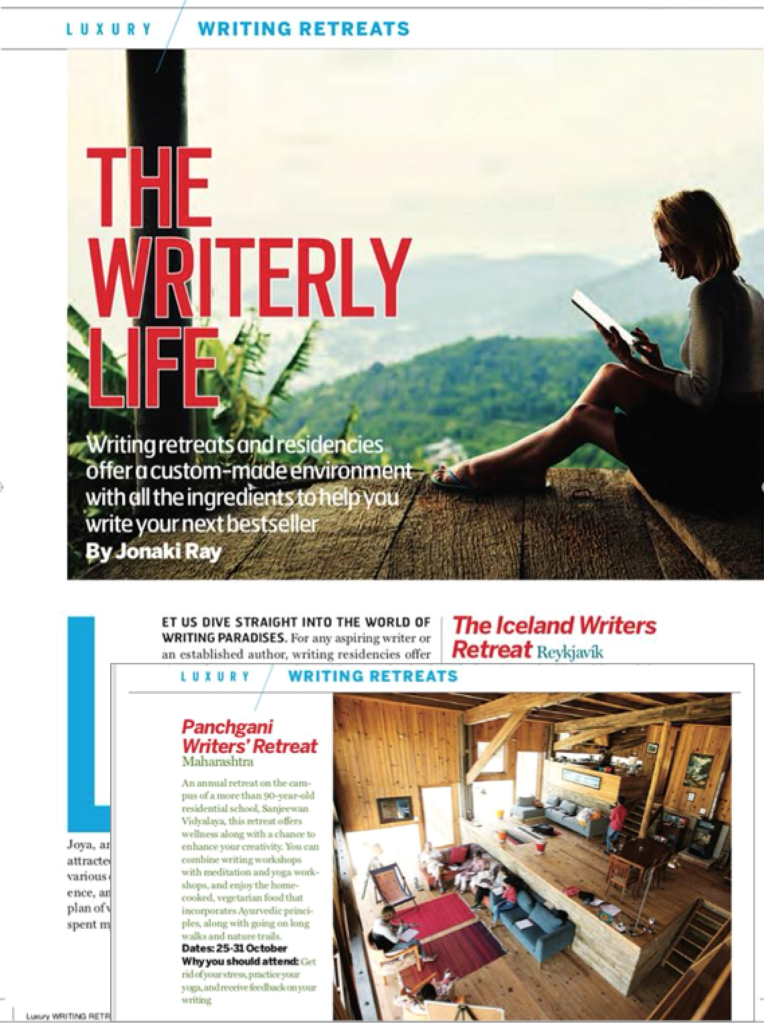 There is a write-up on Sweta in India’s leading Hindi newspaper, The Hindustan Times. 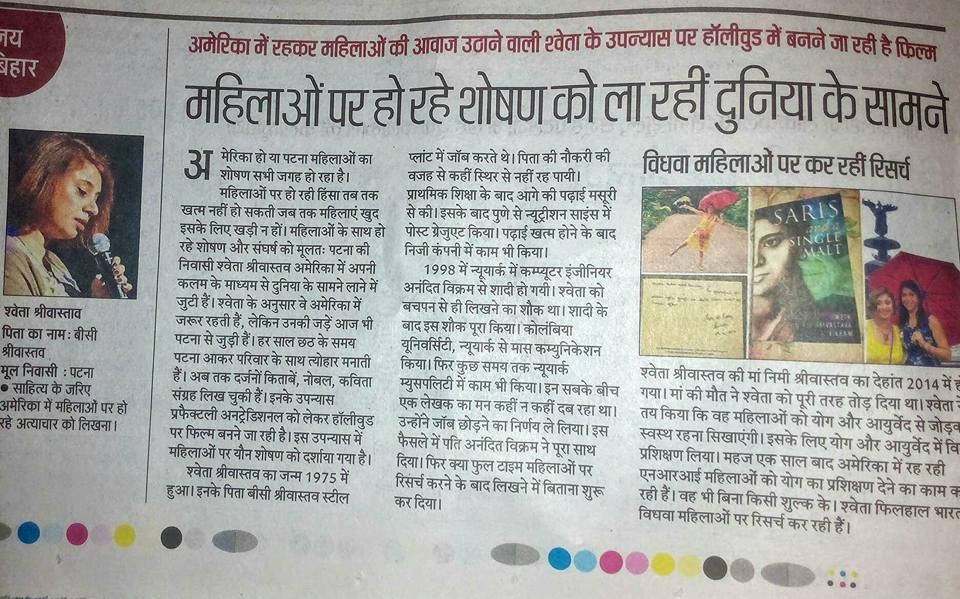 NimmiLife CEO-Founder, Sweta is quoted in this article written by Felicia Stingone, the Chief Marketing Officer at Grind, where she talks about women entrepreneurs, women in leadership, and women’s empowerment.

A young student interviews Sweta, for a confessional literary magazine, Luna Luna, about her Pushcart Prize-nominated book: “No Ocean Here”.

Sweta has an interview in a prestigious magazine where she talks about Saris and a Single Malt, writing life, and her dedication to creativity and wellness being acknowledged in the same space.

The Asian Writer interviews Sweta about her new book, Saris and a Single Malt, grief, healing, and confessional writing amongst other things.

Chick with Bookstalks to Sweta about her mother, writing, and her latest book Saris and a Single Malt.

Sweta’s interview about her book, Saris and a Single Malt, appears here.

Nicole Melanson of WordMothers talks to Sweta about her writing, inspiration, routine, and much more.

In honor of National Poetry Month, this piece was written about Sweta in Suko’s Notebook.

Comparable to the Times or Newsweek in the US, MAG The Weekly, the leading magazine in Pakistan, interviews Sweta.

Sweta does a radio interview with Dr. Karen Sherman to explore where couples get snagged in a relationship and how to get past them.

Sweta donates copies of her poetry books to children in Africa who cannot afford to buy books. Find out more at World Reader.

Sweta is voted Brown Girl of the Month.

RTS reports on Sweta reading her poems at a fundraiser aimed at fighting human trafficking and ending modern-day slavery.

Review Room does a piece about Sweta’s reading with noted South Asian writer Chitra Banerjee Divakaruni and others in Houston.

The Asian Writer interviews Sweta about her latest poetry collection, No Ocean Here.

Sweta reads her poetry at the Immigrant Heritage Awards and gets interviewed by Queens Tribune about her viewpoints on heritage and immigration.

The Dan O’Brien Project: A Moment with Sweta Srivastava Vikram.

Sweta does a guest interview on “Creativity & Mortality.”

Halabol, one of India’s leading news and media platform, talks to Sweta about No Ocean Here and her interests in social issues and her involvement in ending violence against women.

Borderless News & Views interviews Sweta about her viewpoints on violence against women and her book-length collection of poems No Ocean Here.

Victoria Library in London, where Sweta did one of her readings, mentions her book Mouth Full.

KAVIhouse, a poetry and literary segment aired on JUSPunjabi, an Astoria-based radio station, interviews Sweta about poetry, culture, Diaspora, arts, and much more!

New York Daily News interviews Sweta regarding her involvement in Newtown Literary Journal as a board member.

Poetry Wednesday interviews Sweta about poetry and her book Beyond the Scent of Sorrow.

Borderless News and Views interviews Sweta about her novel, identity, cultures, and fashion.

Indian Book Reviews votes Perfectly Untraditional as the Best Read of the Month for March 2012.

Sweta is named “Queens Person of the Week.” Watch her interview on NY1.

Sweta gets a mention in “Lost in Fiction”: Blogger Susan Ortlieb for Lost in Romance | LOST IN FICTION.

The Asian Writer, based out of the United Kingdom, interviews and features Sweta.

Patna Daily does a write-up on Sweta.

My Little Magazine (Singapore) takes a peek into the untraditional life of an Indian woman and discovers the intricacies of human relationships.

Sweta talks to Adgully about how being a writer means juggling multiple roles.

BookChums gets talking with Sweta about subjects that fascinate her and how growing up across continents has enriched her writings.

The Hindu does a profile piece on Sweta when covering the launch of Perfectly Untraditional.

Sweta won the Azsacra International Poetry Award for her poem “Taste of India,” published by Taj Mahal Review in their June 2011 issue.

Click here to read Sweta’s first travel interview based on her Indian-American identity.

Read Sweta’s interview with Savvy Verse & Wit where she talks about poetry and her upcoming projects, amongst many other things.

Grab a cup of chamomile tea and read Sweta’s interview on Suko’s Notebook.

Sweta talks to VAANI about her book, hobbies, and Shakira.

VAANI announces the release of Sweta’s latest book, Because All Is Not Lost.

Read Sweta’s interview on Hyphenated Spirit–Hyphenated Spirit celebrates the artistic contributions of diverse emerging artists and provides a venue in which they can express their cultural, personal, and societal views creatively.